Entry from the future we deserve: Without Divine Justice, Human Rights

I was asked to write a piece on the future we deserve in 500-1000 words… This is my take on just that: you can read it in print and support independent writers by getting yourself down to pediapress 🙂

“It would, of course, be a little odd that there should be such rights attaching to human beings simply qua human beings… There are no such things as rights, and belief in them is one with belief in witches and in unicorns…“ (Alaisdair MacIntyre, 1981)

I believe that we deserve human rights with or without God, or Gods, or any divine purpose. Not because human beings are good, but because we can be very, very bad. Humans need rights for the very reason that these rights do not, in of as themselves, exist.

I am a secular human rightist who subscribes to an essentially pessimistic view of human nature. I believe that any idea of inherent human dignity is socially constructed, that we are equal in being essentially meaningless, and that science has stripped us of all but our flesh and blood. By the same token, I believe in kindness, empathy and human beings’ amazing capacity to create and thrive through ingenuity and tenacity.

Human rights cannot be seen to be an externally verifiable truth; they do not exist in the same way that a person exists. However, they are a representation of something inherently human: an idea of fair and ingrained empathy, however opportunistic. Alasdair Macintyre’s critique of human rights – the “failure of the enlightenment project” – charts the two broad arguments used to uphold man as ‘moral sovereign’ when morality loses links to theology or divine law. On the one hand, we have rights as justified by societal utility; on the other, “the appeal to moral rules as grounded in the nature of practical reason”.[1]

MacIntyre argues that this appeal to reason leads us to a paradoxical contemporary moral standing where we are told that man has an autonomous morality that must not be interfered with, yet we spend our lives trying to manipulate lest we be manipulated: “The incoherence of our attitudes and our experience arises from the incoherent conceptual scheme we have inherited”.[2]

This does strike a nerve, for without religion or other cosmological or metaphysical schemas of the world, human rights believers are stuck in Habermas’s ‘striking cognitive dissonances’. They may be “suffuse[d] … with a glow of certainty,”[3] but still human hacks human to pieces. Human is mere means to economic speculation, human is an anonymous face on which to exert power, human is an anonymous cavity from which to extract pleasure.

So without divine mission, and still reeling from the 20th century bankrupting of human reason, where do we turn? “We hold that these truths are self-evident,” yet we know there are no self-evident truths. The twentieth century has perpetually called into question what it means to be human: the progressive codification of a human rights regime concurrent with the failure to act in Rwanda.

With fallen Gods and fractured reason, I would turn to fair. The idea of fair can be traced as a recurrent thread throughout human history – lost, sullied and broken at times, often selfishly motivated, but to be found even in babies. Beyond humans it is to be found in dogs and monkeys, just as empathy’s mirror neurons were first discovered in chimpanzees.

Our understanding of fair is mediated by our understanding of society: if one man has the God-given right to rule, it is fair that he should. Fair is that distribution of benefits and duties that reflects our conception of human beings. If we understand all human beings to be equal, then that distribution should reflect this. If a woman is worth half of a man, then so too is her testimony.

This understanding of fair provides a unifying thread: Major religious texts such as the Jewish Bible, Buddhist texts, the New Testament and the Koran “incorporate moral and humanist principles, often phrased in terms of duties”.[5] These tend to be phrased in terms of duties, not rights, although a commonly accepted argument is that these can be interpreted as implying each other – thou shalt not kill becomes the right to life, and so on.[6] Although a direct correlation between rights and duties is difficult,[7] it helps establish the idea of a common good and consequent idea of fairness in ancient texts.

The oldest surviving code of law, the Babylonian Hammurabi codes, is a good example of the utility of this concept of fairness. It contains the principle of eye for eye, tooth for tooth. However, the reciprocal nature of crime and punishment only apply if the offender and victim are of the same status. If a freeman injured a commoner, he would pay money, not in kind.[8] On the other hand, doctors were paid according to whom they treated: a freeman would pay more than commoners or slaves.[9] Here we find that the codified rights (to health) and duties (to give redress for a crime) were mediated by social relations.

By stripping all levels of status, meaning and mission from human beings, we essentially make them pounds of flesh: in a secular society, these pounds should be equally of value or not value, lest we be accused of being unfair. Given existing power relations and the perpetuation of status, we find that some pounds of flesh become more equal than others. To maintain our understanding of human beings as ends and as equals, normative human rights become necessary.

If we strip human beings of divine rights, moral purpose and higher reason, we need this concept of human rights, hinged around a concept of fairness, lest we all become mere bones, blood and sinew.

Hi, Welcome to this little internet slice of me. I do a lot of work around social networks - not the Facebook kind - human rights and what to do to ensure that people can fulfil their full potential. I'm the social networks analysis 'expert' at the RSA, and tend to have a couple of pet projects on the side: currently Social Mirror and Edgeryders. I cook real good, sing real loud, and frequently contemplate when on earth I shall bite the bullet and return to my beloved trapeze.
View all posts by gaiamarcus → 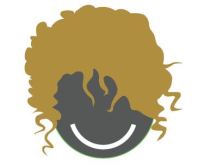 Hi, This website has not been updated in a while- and that is set to change this month (Jan 2016!) I currently manage Centrepoint’s Youth Homelessness Databank, which aims to provide the youth homelessness sector with sustainable ways of measuring its

Hi, This website has not been updated in a while- and that is set to change this month (Jan 2016!) I currently manage Centrepoint’s Youth Homelessness Databank, which aims to provide the youth homelessness sector with sustainable ways of measuring its